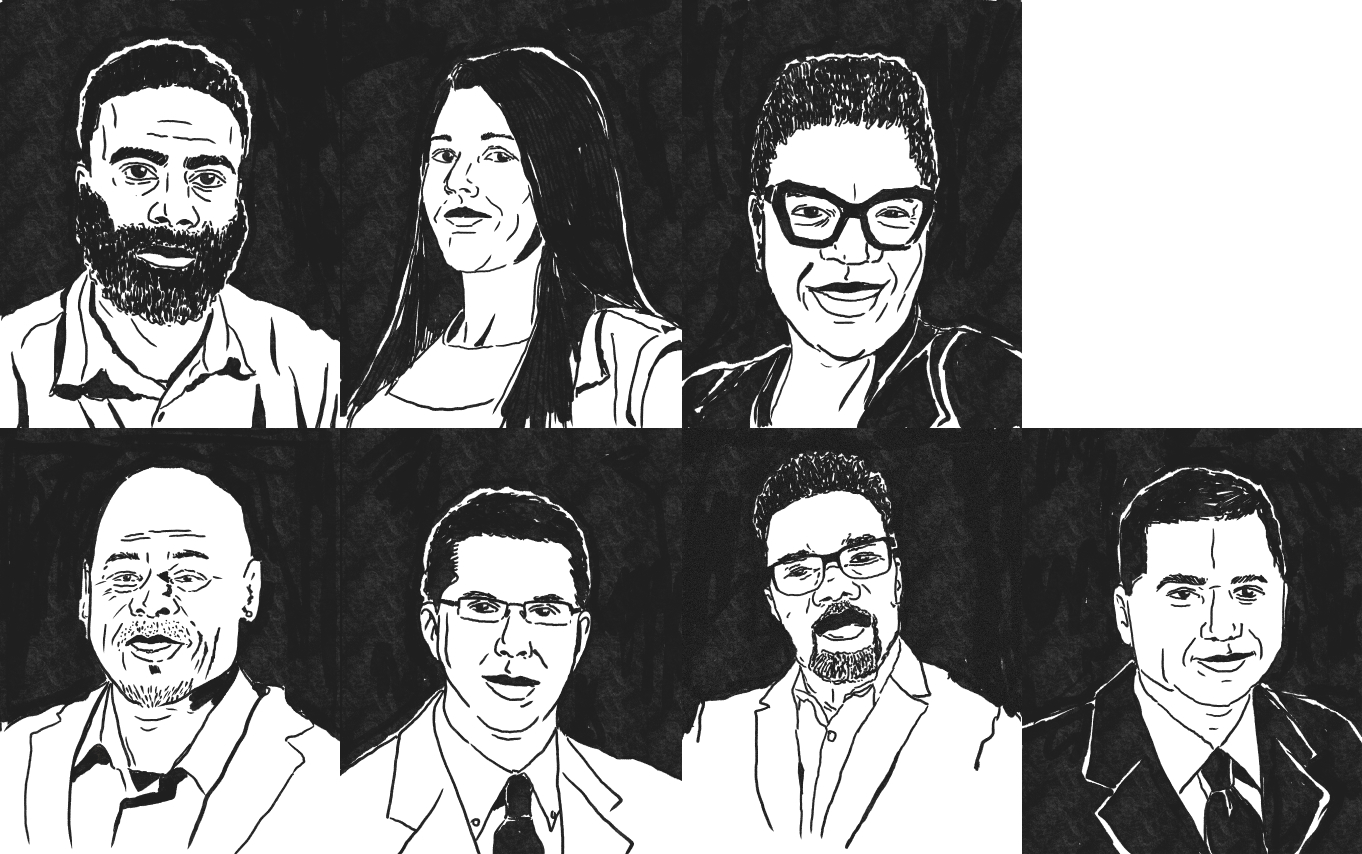 All over the country, progressives and conservatives, grassroots organizers and policy wonks, and underdogs and heavyweights are fighting to change the sprawling justice system. But for too long, political division, polarization, underfunding, and competition have risked transformational wins. If we’re scattered, we falter. Our fight is the same fight. Which is why we at The Just Trust are bringing together unlikely players from across the nation to build a bench for reform. And it starts with listening.

In early 2021, we set out to build a brand new grantmaking organization by and for those committed to reforming our criminal justice system. Any strategy that is going to be impactful and sustainable in this space must be co-created. So, we brought together some of the best in the business, to build together. To talk about the role of philanthropy, the pitfalls to avoid, the risks to take, and the real opportunities at hand.

The goal wasn’t to always agree—it was to wield our differences to push each other, make us nimble, less predictable. The folks below, among many, many others, helped us build an organization that looks across political spectrums and state lines to build creative alliances, fill in gaps, and take turns leading like it’s nobody’s business. Because a system as complex as this one demands strategic coordination among the nation’s A-teams.

These leaders in particular spent countless hours with us and our partners at Ideo.org in a formal process that is going to help make us the best version of ourselves. Together we workshopped The Just Trust’s mission, vision, theory of change, and operating principles. Importantly, they also helped surface numerous key themes and needs for the field, including:

“Centering the voices, experiences, and expertise of those most impacted by harmful policies must be central to any philanthropic strategy to achieving real and meaningful reform. I am honored to have worked with The Just Trust team and fellow leaders in this work to co-create an authentic path towards real reform, grassroots leadership development, and safety for ALL in our communities.” – DeAnna Hoskins, President and CEO, JustLeadership USA

“The centrifugal forces of our current politics can make it a challenge to partner with those across the political aisle.  Trust, mutual respect, and political empathy are necessary. So is language. In engaging with The Just Trust, I pushed hard to ensure that the organization would have as one of its core goals maintaining—and indeed, increasing—opportunities to bring Left and Right together.  It is a testament to the Just Trust’s leadership that they immediately got it, and also opened my eyes as well by showing that we can be ambitious in our goals while still being anchored in political reality.  There is too much work to be done and now is not the time to back away.” – David Safavian, Director of the Nolan Center for Justice, American Conservative Union Foundation

“I am very hopeful about The Just Trust and am inspired by the hard work that they’ve put in to build and develop the organization. I’m inspired by their commitment to invest in areas that are often forgotten such as the state that I reside in, Kentucky. With the all hands on deck approach, and their effort to include impacted voices in the conversation, I am excited about the future and the support that The Just Trust will give to the people that fight day in and day out to end mass incarceration and to build healthy communities.” – Amanda Hall, Campaign Director, Dream Corps

Moving forward, we remain committed to co-designing with the field, especially around key campaign moments, needed strategic shifts, and collaborations. We’ll bring on new advisors as we go and as needs arise, and we will probably be talking about them a lot because we’re so inspired and impressed by what they do. These folks are the real deal.

A Note About Prosecutors

Year One at The Just Trust

Announcing New Storytelling Partnership with Roadtrip Nation and Stand Together

Letter From Our Founder

Updates from our Executive Director

Letter from our Executive Director